skip to main | skip to sidebar

The posters below are available for SALE or TRADE.
If you see something that interests you
or if you would like more information
Send inquiries to
Chris Berry
circusposters@gmail.com

I AM ALWAYS INTERESTED IN ACQUIRING MATERIAL
FROM A SINGLE PIECE TO AN ENTIRE COLLECTION. 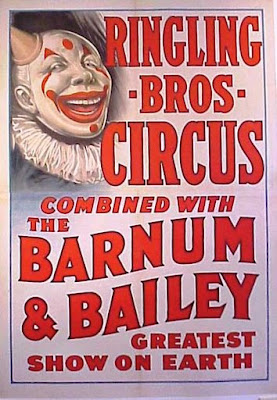 This is a fantastic two-sheet produced by Strobridge during the first year of the Ringling Bros. and Barnum & Bailey Combined Shows. This litho has been professionally mounted on linen and is in excellent condition. A+ - Museum Quality. Note the title and how "Barnum & Bailey" has been added to the bottom. A one-sheet -- using just the top half -- was used by Ringling Bros. during the 1918 season. The bottom portion was added after the "combine" was announced and voila! FOR TRADE. This is a very rare and unusual piece. It is available for trade for a poster of similar vintage, condition and value. 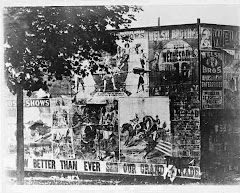 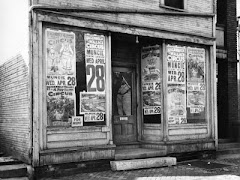